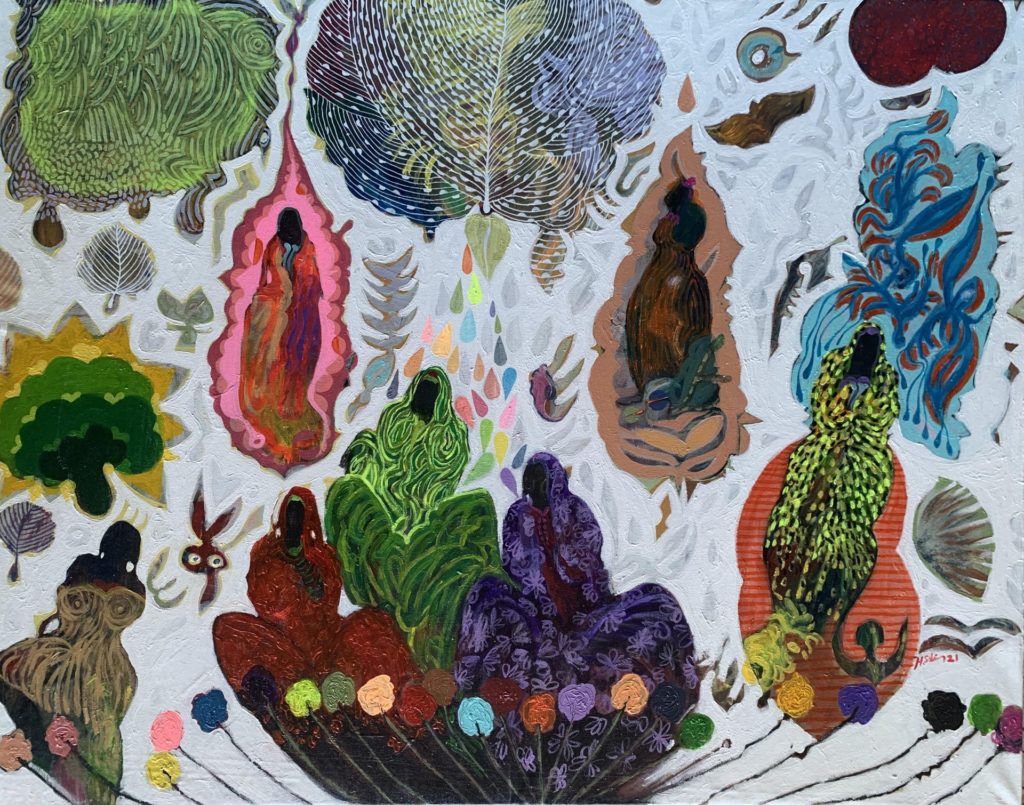 Hussein Salim was born in Karima, Sudan in 1966.

He studied Art at the University of Sudan for Science and Technology in Khartoum.

In 2014 he moved from Sudan to South Africa. He lives with his wife Raja and their two children in Pietermaritzburg, South Africa.

His exhibitions have been shown in Sudan, South Africa, France, Germany, United Kingdom, Spain, Norway, Japan and in the USA. His works were also awarded in Great Britain and Germany.