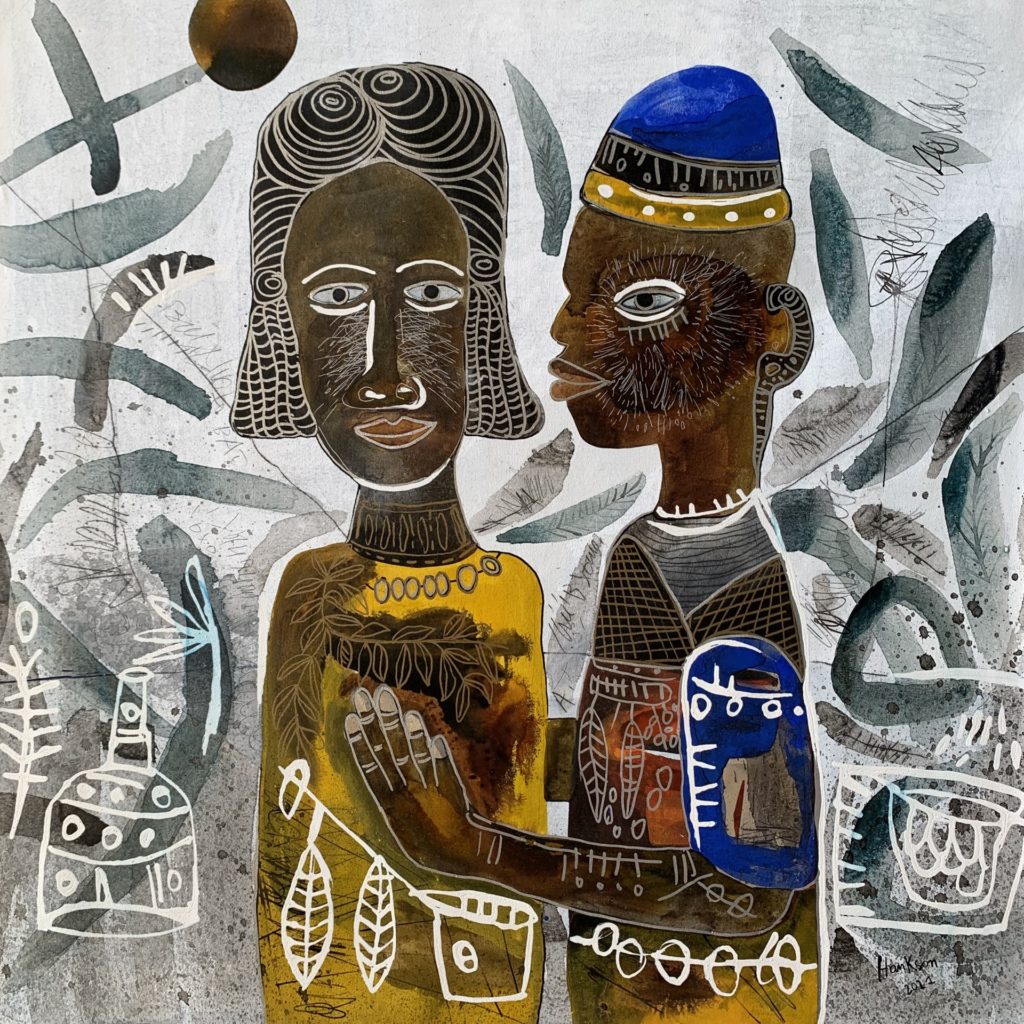 Hako Hankson was born in Cameroon as Gaston Hako in 1968. His father was a traditional sculptor and a dignitary whose role was to keep cultural ceremonial objects needed for all the initiation rites of the chiefdom.

Due to his father’s special tasks, Hankson was given rare access to objects such as sceptres, totems and masks, which he shows in his works.

He lives and works in Douala, Kamerun. He has exhibited in Switzerland, Cameroon, Senegal and Portugal. He has been selected for the Biennale 2020/21 in Dakar View other paintings by Hako Hankson here.